Salvatore Accardo gave his first professional recital at the age of 13, in a programme that included Paganini Capricci. When he was 15, Accardo won the Geneva Competition and in 1958 became the first winner of the Paganini Competition in Genoa.

His vast repertoire ranges from pre-Bach to post-Berg; composers like Sciarrino, Donatoni, Piston, Piazzolla and Xenakis have written for him.

In addition to playing regularly with the world’s leading orchestras and conductors, Salvatore Accardo performs successful solo career as well as that one of conductor. He is particularly devoted to chamber music, since in 1992 founded the Accardo Quartet. In 1986 his interest in the discovery and education of new young talents led him to found the Academy Walter Stauffer together with Giuranna, Filippini and Petracchi in Cremona, where they regularly give master-classes. In 1971 he founded the "Settimane Musicali Internazionali" Festival in Naples, where the audience is admitted to rehearsals, and the Cremona String Festival.

He has recorded the Paganini Capricci and Concertos for the DGG and many other recordings for Philips, such as: Bach Sonatas, Partitas for solo violin and the complete work for violin and orchestra by Max Bruch. Beyond this, he has also an extensive discography on ASV, Dynamic, EMI, Sony Classical and FONE’.

His latest recordings as a soloist are: the Concerto in D major and the Two Romances by Beethoven accompanied by the "Orchestra Filarmonica della Scala" and Carlo Maria Giulini for Sony Classical; Homage to Heifetz and Homage to Kreisler for FONE’, playing the legendary violins owned by the collection of the Municipality of Cremona; the complete recording of the Brahms Sonatas for violin and piano, the Schubert Quartets and the Paganini Capricci for FONE’; the recording "Accardo suona il violino di Paganini" (Accardo playing Paganini’s violin) for Dynamic. Recently FONE’ re-masterised the complete Mozart works for violin in 13 CDs, using high quality valve technology. Salvatore Accardo has been awarded several prizes, among which the Premio Abbiati by the Italian critics, in recognition of the exceptional standard of his playing and interpretation.

Italy’s highest honour, the Cavaliere di Gran Croce, was bestowed upon Accardo by Pertini, President of the Republic of Italy in 1982. In 1996 the Peking (Beijing) Conservatoire named him "most honourable Professor". In 1999 he was granted the order of "Commandeur dans l’ordre du mérit culturel", the highest honour of the Principality of Monaco and in 2001 he received the prestigious "Una Vita per la Musica" Award.

Accardo is the owner of two Stradivarius violins: the "Hart ex Francescatti" 1727 and the "Firebird" ex Saint-Exupéry 1718. 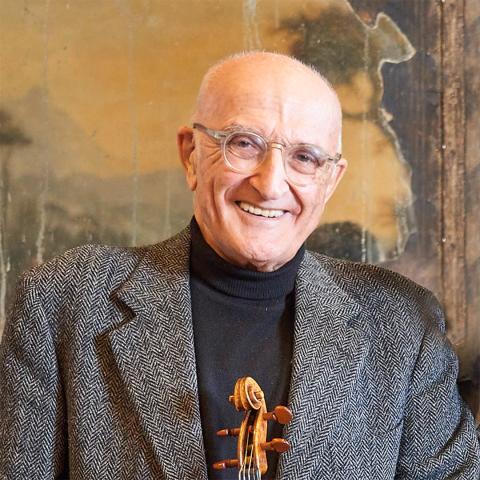 To all violinists Paganini stands for an uncomparable myth. It is thus easy to imagine how I felt when, at 17, I was the first absolute winner of Premio Paganini. I can still see myself awaiting the Jury's verdict, when my mother was scolding me because I was playing football with some metallic bottle caps instead of worrying for the result. Being awarded with the First Prize, at a time in which important music contests were very few, has for sure contributed to build up my professional career. 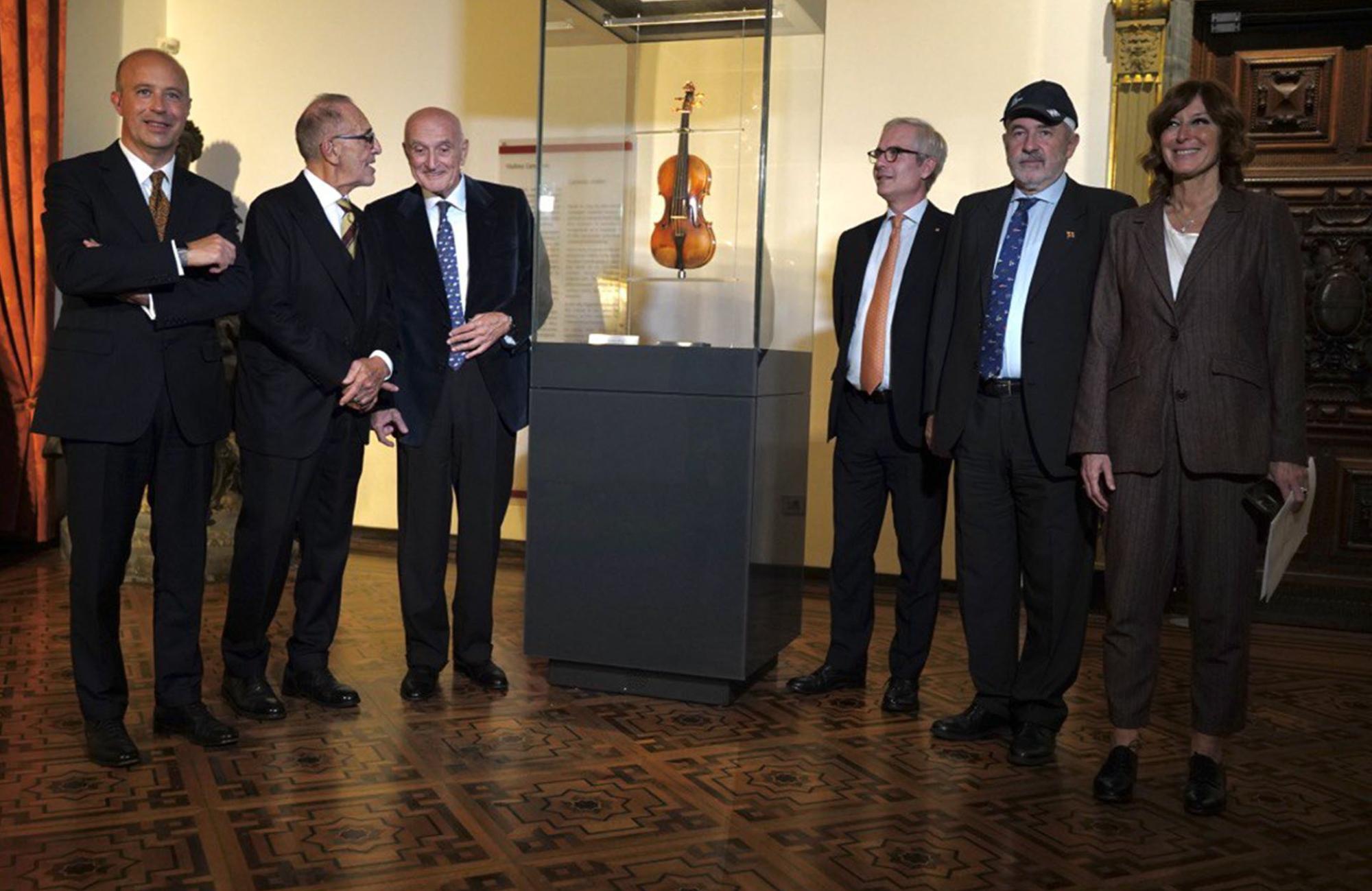 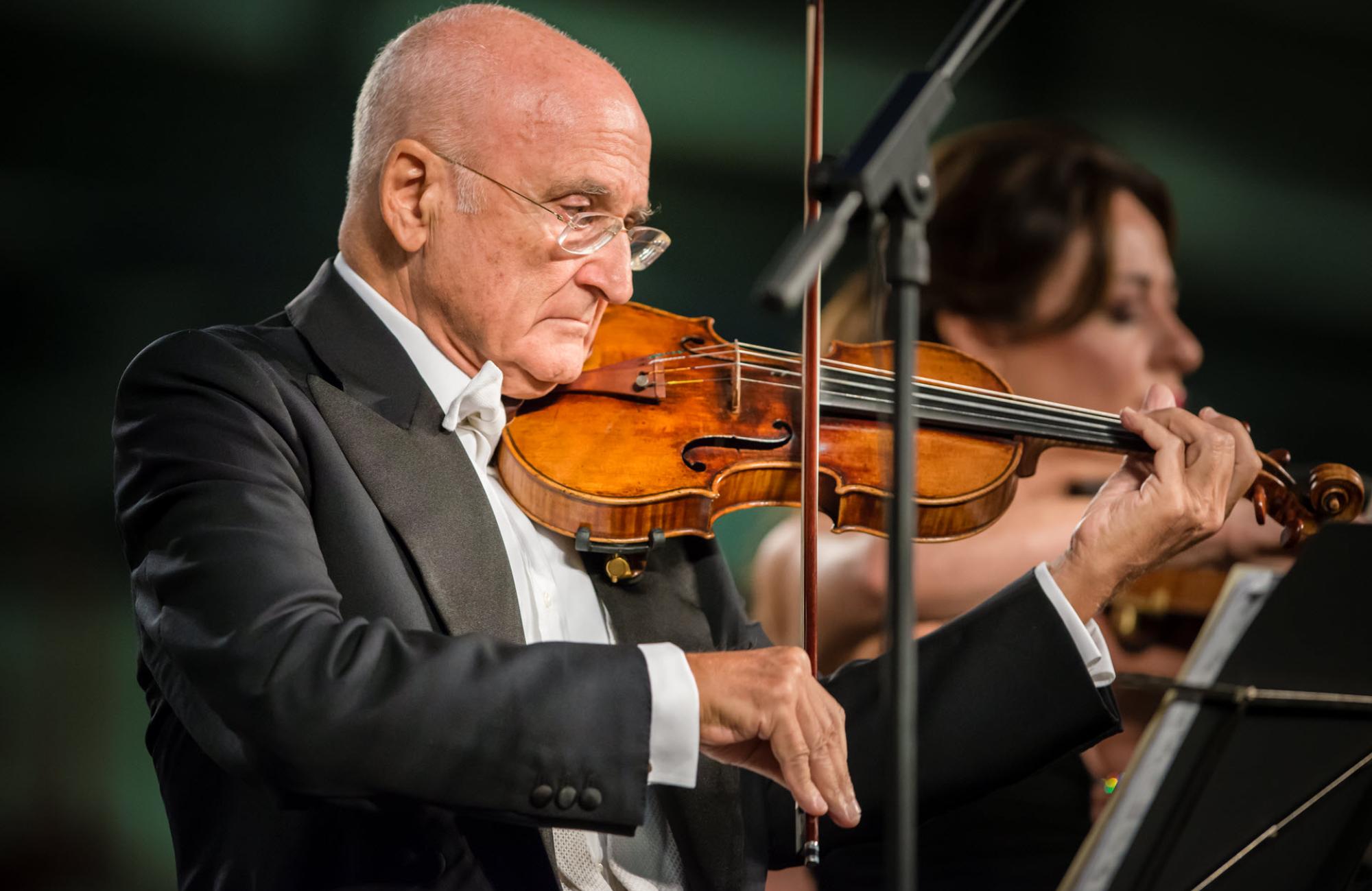 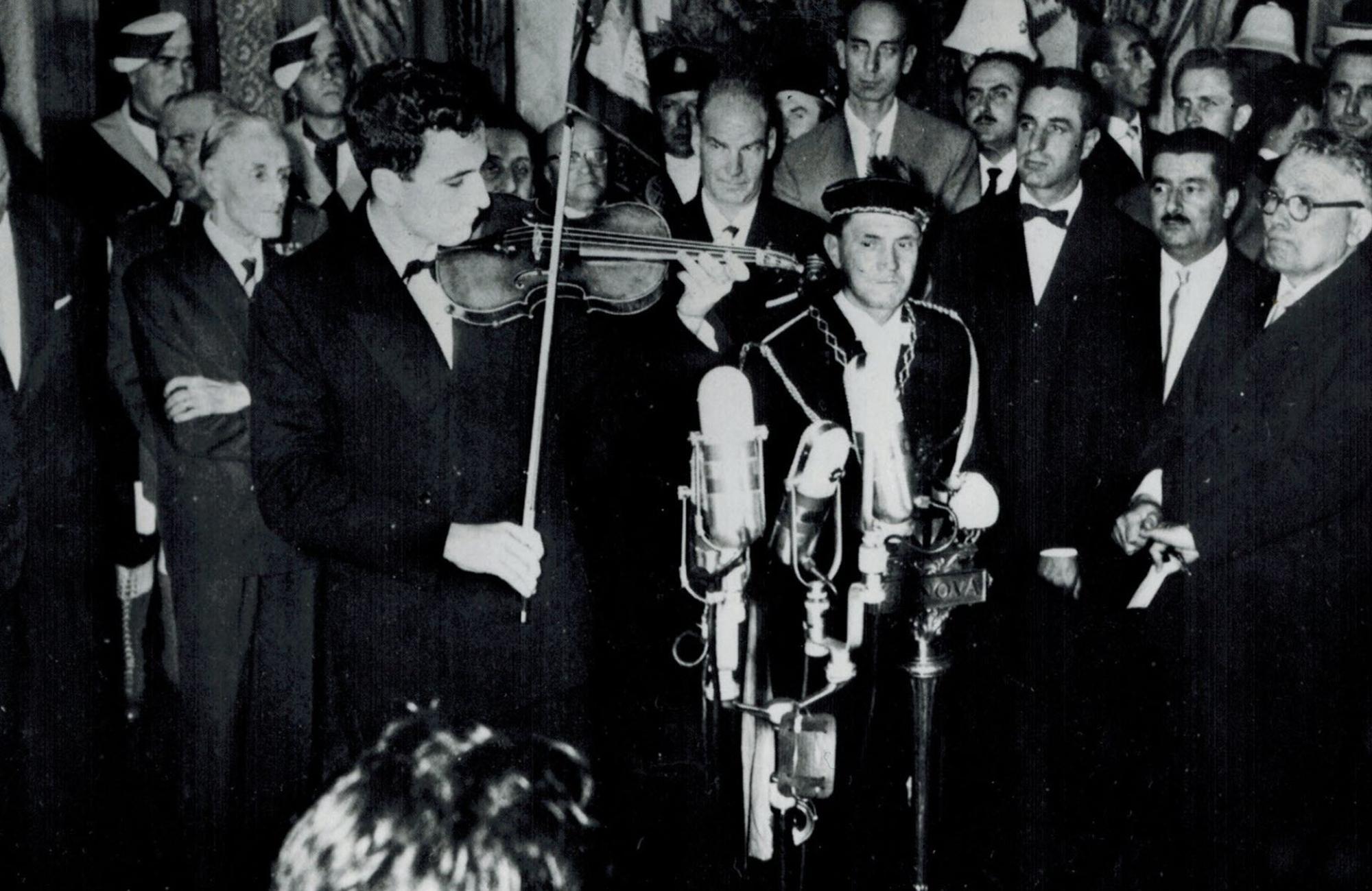