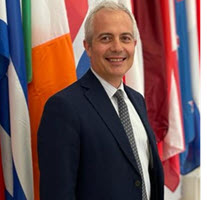 Giovanni Panebianco, degree in economics and commerce with the highest marks and praise, is a Councillor of the Presidency of the Council of Ministers. Former officer of the special departments of the Guardia di Finanza, he taught at the Scuola di Polizia Tributaria, the Scuola Superiore del Ministero dell'Interno, the Università Roma III and the Università del Foro Italico. Lecturer in public information and communication law at the University of the Italian Chambers of Commerce. Former Secretary General of the Ministry of Culture, he has served as Director General of Tourism, the State Archives, the Gallerie Museum of the Academy of Venice, the Department of Drug Policies, and the Department of Sport of the Presidency of the Council of Ministers. He has worked in parliamentary bodies and led government delegations in European and international fora. He has been a board member of non-profit organizations, such as the "Venetian Heritage" Foundation recognized by UNESCO for the protection of the artistic and cultural heritage of Venice 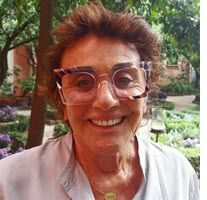 Representative of a well-known French family, led by her father Antoine, a banker famous for his commitment to Generali and for having accompanied the construction of some of the greatest French heritages, he has always supported art and culture. She is a collector and a patron, passionate about music; she promotes and organizes initiatives and events at national and international level, collaborating with important institutions and foundations. She is honorary president of the Charitable Foundation dedicated to his brother, the historian and economist Pierre-Antoine Bernheim. Married to Prince Domenico Orsini, she lives in Rome 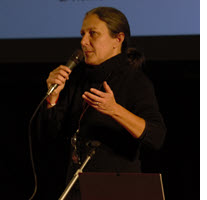 Publicist journalist, dance critic, former teacher of Dance’s history and mime at the Dams of Imperia/ University of Genoa, teaches History of Entertainment at the Accademia Ligustica di Belle Arti in Genoa. From 2005 to 2011 she was responsible for External Relations and Communication of the Fondazione Teatro Carlo Felice in Genoa and currently for the Communication of the Palazzo Ducale Fondazione per la Cultura/Genova. she has written various essays on Futurist dance, on Artaud, Pier Paolo Koss and Russian Romantic ballet. And she has edited the Italian translation of” Les cocus du vieil art moderne” by Salvador Dalì. 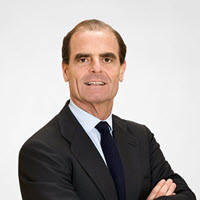 Aon Business International Executive President. Enter the world of insurance brokerage at the age of 22. During his career he has made an important contribution to the development of this sector, promoting its knowledge and culture. In 2018 he joined the Executive Committee of the Aon Group, the steering committee that determines growth and business strategies globally. He is Honorary Consul of Norway in Milan. In 2010 he was awarded the Knighthood of Merit by the President of the Republic. He received an honorary degree in Social Sciences from the University of L'Aquila and an honorary master’s degree in Business Administration from CUOA Business School. 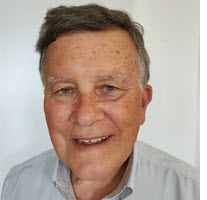 In 1963, after graduating in Economics, he joined the family business. In 1982 he was appointed President of the Costa Crociere, following a radical restructuring of the Costa Group. In the same years he took over the management of the Aquarium of Genoa, which would become one of the most known Genoese realities. Superintendent of the Teatro Comunale dell'Opera from 1997 to 2003, from the eighties he presided over the "Giovine Orchestra Genovese", one of the most important chamber music companies at the national level. From 2003 to 2018, together with Silvio Ferrari and Farida Simonetti, he was involved in the renovation of the Teatro Sociale of Camogli. He is currently Director of Costa Edutainment S.P.A, Vice President of Bioparco Foundation of Rome, Director of Costa Crociere S.P.A. 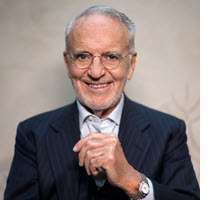 After an intense management activity in the financial and insurance sector, he was among the first to identify high technology, telecommunications, and genomics, as sectors with strong and strategic potential, creating successful startups, including Fastweb and Genextra. He is a member of the Board of Directors of various companies and of cultural and philanthropic organizations, including Fondazione Teatro alla Scala. Former President of the Conservatory of Music in Milan, he has produced three editions of the "Umberto Micheli International Piano Competition". Collector, patron, is currently President of the Association Ferrara Music. 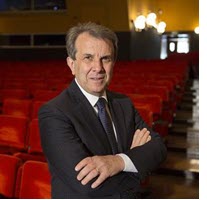 Born in Macerata in 1959, he has been Superintendent of the Teatro Carlo Felice in Genoa since 2019. He led the artistic direction of the "Lauro Rossi" Theatre of Macerata and the Piccolo Teatro of Milan. He collaborates with the major International Festivals promoted by Italy in the world, among which ItaliaEspana90 and Praha-Europa Musica in 1991, playing the role of director of the technical-artistic organization on behalf of the Italian Government, the Ministry of Foreign Affairs and the Ministry of Tourism and Entertainment. Appointed the youngest Italian Superintendent, in 2019, he leads some of the most important opera houses in the country: Sferisterio di Macerata, Arena di Verona, Teatro Verdi di Trieste, Teatro Lirico di Cagliari and now Teatro Carlo Felice di Genova. As Artistic Director, he inaugurated the Teatro delle Muse in Ancona with a prayer donated by John Paul II and interpreted by Plácido Domingo.
The artistic direction joins the managerial one and is awarded by public and critics: five Abbiati Awards, two Opera Awards and a record critic award. Lecturer and speaker at the most important Italian universities, combines public engagement with the private activity of organizer and creator of cultural and musical projects such as Armonie dello Spirito. Together with the musicologist Francesco Zimei conceived instead Musical meditations for the Italian Basilicas, published by Unitel Classica and Euroarts, Da Ponte & Friends. He published the book “Lo sguardo riflesso. Nuovi Segni per il teatro d'opera all'aperto (Zecchini Editore, Varese, 2017)”. He is the editor of the volume “Un Ponte di Musica. Itinerari dell'Opera italiana in America” and, together with Francesco Zimei he edited ” Genoa, 7 April 1828”, the first volume of a series dedicated to the Genoese musical civilization, published by Lim. 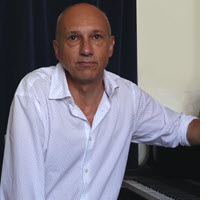 Pianist and composer, Director of the Paganini Conservatory of Genoa. He taught theory and solfeggio at the Vivaldi Conservatory in Alessandria from 1999 to 2013 and later at the Paganini Conservatory in Genoa, where he has been Director since 2018. Winner of several International Competitions including the "E. Porrino" of Cagliari, "City of Pavia", "Franco Margola", "city of Clusone", Tonelli Award" of Brescia etc.. Special mention in 2000 at the Sacred music competition: "A new music for the Jubilee", with the composition "Agnus Dei" for a cappella choir. Golden Guitar 2020 as a composer at the 25th National Guitar Conference.

To the Paganini Committee may be invited, without voting rights, a representative of the Amici di Paganini Association 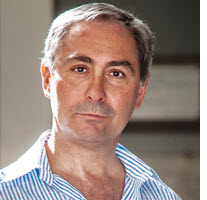 Graduated in conducting at the Hochschule für Musik in Graz (Austria), he is guitarist, conductor, composer, arranger and music operator. From 1988 to 2004 he was artistic director of the Associazione Filarmonica Genovese. In 1989 he founded the Youth Philharmonic Orchestra of Genoa becoming its Principal Conductor. In 2003 he oversaw the project funded by the European Commission for the international presentation of "Genoa European Capital of Culture 2004", conducting a tour in the capitals of the enlargement countries of the European Union, and a New Year’s Eve concert at the Italian Embassy in Budapest. He is CEO of the Philarmonia record company, professor at the University of Genoa of the course of Elements of music and theory of rhythm (degree course in Motor Science), Artist of Liguria 2012, member of the Academy of Sciences and Letters of Genoa. He is currently President of the Associazione Amici di Paganini di Genova.