Pianist and chamber musician, pupil of Alexis Weissenberg and Viktor Merzhanov, the meetings with Isaac Stern and Adriano Vendramelli were decisive for his training. Riccardo Muti has described him as «a superlative musician». Three of his lives (Teatro alla Scala in Milan, Colón Theatre in Buenos Aires and Jewel Box Series in Chicago) have been published in Italy by EMI. In 2018, a triple vertebral fracture forced him to retire. Today he is an important manager who holds, in addition to various other positions, those of board member of the Teatro alla Scala, president of the Conservatory of L’Aquila and vice president of the Orchestra Regionale Toscana in Florence. 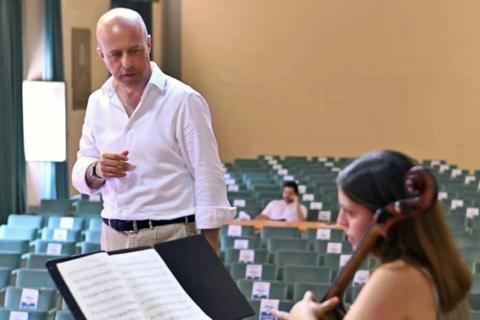