Towards the 57th edition of the Premio Paganini

The re-launch of the Paganini Prize continues, a path inspired by the principle of "renewing while preserving", that is to maintain the primacy of the artistic excellence of the event by renewing methods and tools to expand the audience more and more, mainly the young one, and to promote Genoa in the international panorama in synergy with the excellences of the territory.

The Prize/AWARD , now held every two years, is preparing for its 57th edition (scheduled from 16 to 27 October 2023) with a series of special preparatory events and a brand new logo, white and red like the flag of Genoa.<br/>

"Thanks to a good team work and the leadership of the president Panebianco - adds the artistic director Nazzareno Carusi - I think I can say that we are keeping an high standard. We are committed to ensuring that the winner of the 57th edition of the competition can perform in many of the temples of music. I think of La Scala, or the Fenice in Venice, the San Carlo in Naples, the Regio in Turin, the Petruzzelli in Bari, of course Carlo Felice and the very important Genoese realities of the GOG and the Paganini Genova Festival, the Ravenna Festival and all the others on the calendar, I do not mention here for time economy but that I also thank one by one, heartily. It is proof that the Italian music system believes in the Premio Paganini. In fact, today, a year after the next edition, the number of national guest institutions hosting the prize concerts awarded to the winner has largely exceeded 30 units. And it’s probably the first time that happens. The Paganini Prize, with this exceptional adhesion, I believe it can represent a kind of "Italian music award" and the city of Genoa, the Committee and all of can be proud of it, with the commitment to honor this great national trust".

The first Paganini event is scheduled for October 27th: on the day of the 240th anniversary of the birth of Niccolò Paganini, the 57th edition of the Competition will be officially presented at Palazzo Tursi, with the publication of the competition call (deadline for applications 20 February 2023). For the occasion, the Sale paganiniane will be open for free. During the ceremony will proceed to the appointment of the Paganini Ambassadors and will also be presented the commemorative stamp by the Ministry of Economic Development, with Poste Italiane and IPZS.

On 3 November, under the High Patronage of the Head of State, the 57th edition of the Competition will land in Paris. During the international presentation at the Italian Embassy, Dell'Anima dell'Arco will be screened, a theatrical performance dedicated to Paganini with the participation of Michele Sambin, Pierangela Allegro and Laurent Dupont (1985).

After the speech of Maestro Salvatore Accardo, president of the international jury, the winner of the last edition of the Prize, Maestro Giuseppe Gibboni, will perform a selection of Capricci and the Sonata in D minor op. 108 by Johannes Brahms, with Gile Bae at the piano.

The new logo of the Premio Paganini

The name of Niccolò Paganini is recognised worldwide as the very emblem of the art of the violin, while the face of the famous Genoese violinist has not entered the collective imagination with the same force. Hence, the decision to create a new logo with Paganini's profile taken from the white wax cameo preserved in the Sale Paganiniane in Palazzo Tursi. The idea was offered by a study of the archive material of the Prize: the hall booklet of the first edition of the Competition (1954) bears the image of the violinist's profile.

In the name of 'renewing, conserving', it was decided to recover precisely this profile, in order to make Paganini's image immediately recognisable to the wider public. The new logo is white and red like the Genoese flag, to emphasise the strong link between Paganini and his hometown.

The cameo depicting the profile of Niccolò Paganini, in white wax, preserved in the Sale Paganiniane of the Strada Nuova Museum of the Municipality of Genoa, is attributed to the engraver, medallist and sculptor Benedetto Pistrucci (Rome 1784- Windsor 1855) who worked in London after the fall of Napoleon. In the English capital he was also head of the State Mint.

The cameo depicting the profile of Niccolò Paganini, in white wax, preserved in the Sale Paganiniane of the Strada Nuova Museum of the City of Genoa, is attributed to the engraver, medallist and sculptor Benedetto Pistrucci (Rome 1784- Windsor 1855) who worked in London after the fall of Napoleon. In the English capital he was also head of the State Mint. Between 1831 and 1834 Paganini had visited London several times where he met Benedetto Pistrucci, the probable author of this cameo. The Genoese musician also stayed in England for long periods, performing in numerous concerts and the portrait we see in the cameo probably dates back from those years. 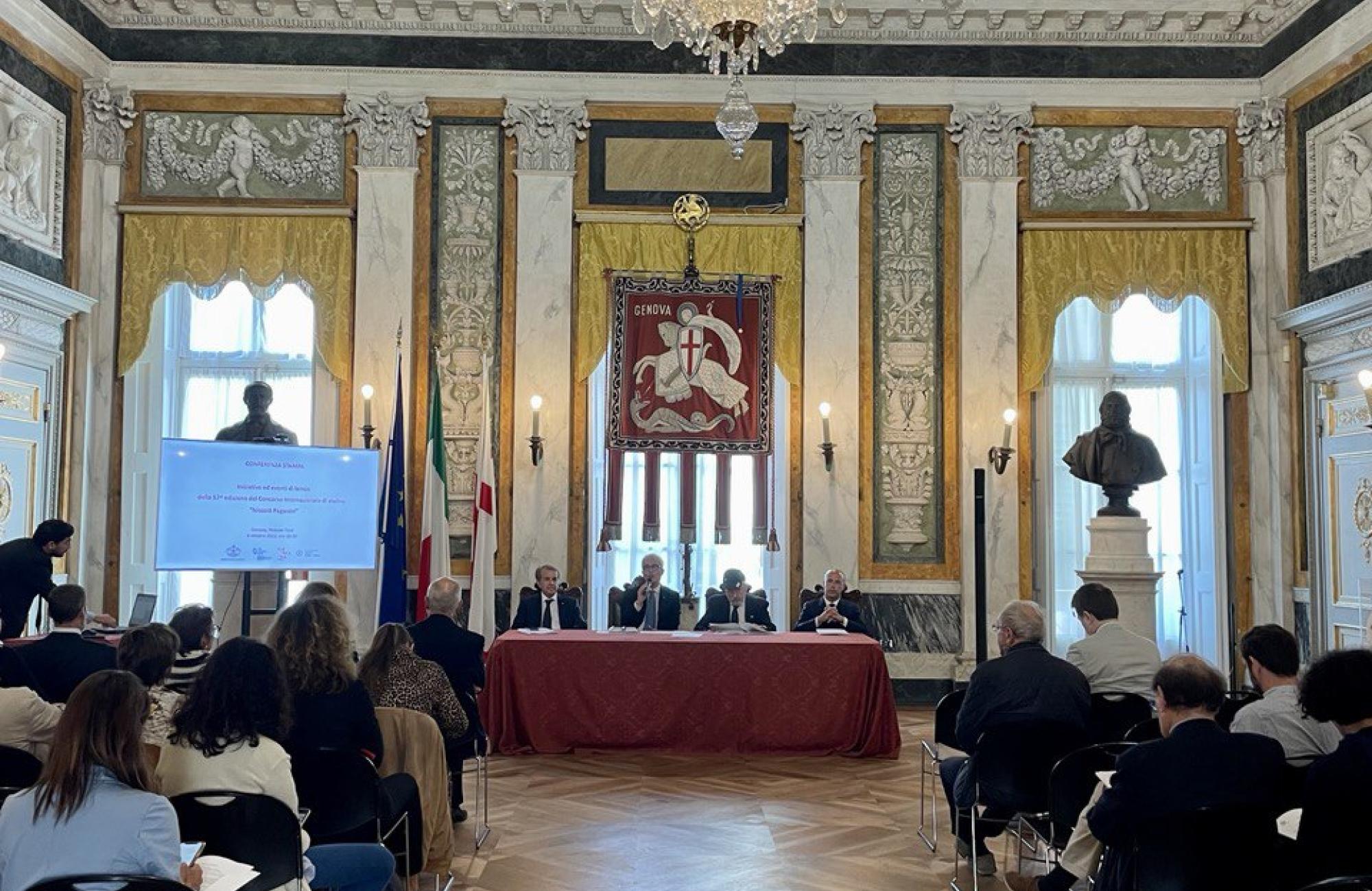 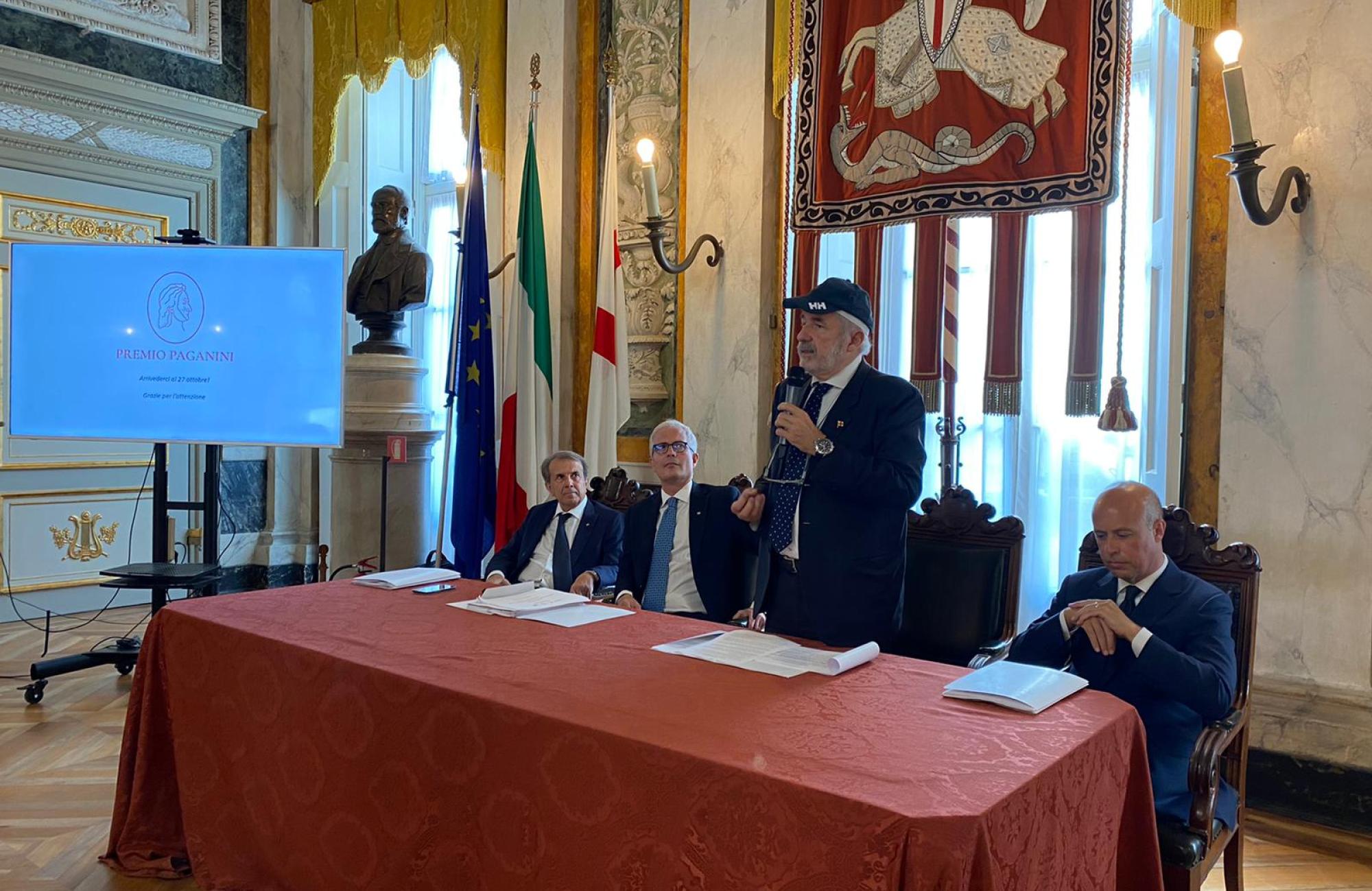