"Silvia Colasanti’s music catches, reaches the audience. And it excites first ourself, who play it". With these words, the maestro Salvatore Accardo celebrates the talent of the composer Silvia Colasanti, who makes precious, with her specially commissioned work, the musical program of the 57th edition of the Paganini Prize. Indeed, its Preliminary Round (Genoa, Palazzo Tursi, October 17 and 18, 2023) includes the première of the unpublished piece that she composed for the Competition.
Former student at Conservatorio di "Santa Cecilia" in Rome, the Accademia Musicale Chigiana and the Accademia Nazionale di Santa Cecilia, Ms. Colasanti has received from the President of the Italian Republic, Giorgio Napolitano, the Goffredo Petrassi Award as “the best graduate” in Composition.

Her musical pantheon includes personalities from different epochs, from Claudio Monteverdi and Francesco Cavalli to Schubert, Mahler, Berg, Henze, Rihm and Ligeti; her poetics and polyhedric musical universe have matured through several collaborations with famous Italian and foreign soloists; and in her works, the sound becomes the matter between multiple registers and compositional levels, always giving importance to the audience, which she considers as an integral part of the score.
In 2013, Ms. Colasanti was awarded "Cavaliere della Repubblica" by the President of the Italian Republic, Giorgio Napolitano; and, in 2017, the President of the Republic, Sergio Mattarella, awarded her “Ufficiale della Repubblica Italiana. 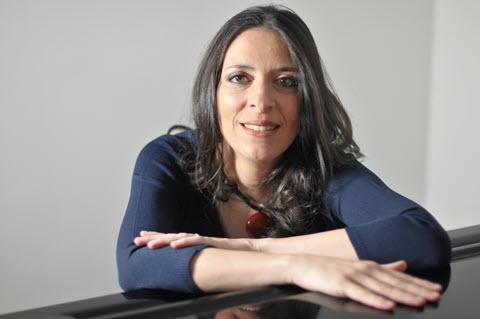